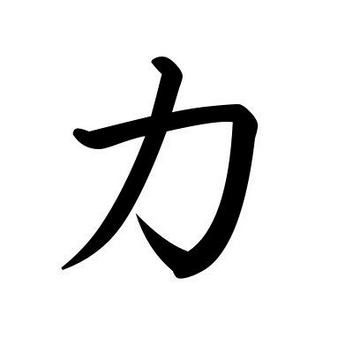 It was only a couple of years ago that I discovered that Gong Li Quan was actually a martial art and not just one form found in Northern Shaolin Kung Fu! Very few people have heard of it outside of kung fu circles; the Jing Wu Federation have it as part of their curriculum. So when Master Chen originally spoke of Gong Li Quan, the translators I was using at the time simply translated it as ‘Secret work’ pertaining to Baji Zhandao. Yet in actual fact, years later when my mandarin had improved, Master Chen clarified that he was talking about a specific form of Kung fu that some believe is the foundation of traditional Shaolin. Gong Li Quan orginated in Cangzhou, Hebei Province and basically means ‘Flowering Strength Fist’ or ‘strength development’. The style emphasizes both internal and external development: ‘Gong’ means ‘Internal Power’ and ‘Li’ means ‘Physical Strength’. Gong Li Boxing does not contain any flowery movements though, despite its name! All its techniques are practical and have either defensive or attacking applications. They combine hardness and softness with natural movements of the body and light footwork. So in many ways it is similar in principle to Baji Quan and Baji Zhandao. The methods of the system are not only combat-oriented, but also include health preserving component, which is personified by Gong Li Master Li Fuchen, who died at 109 years old! During the practice, breathing should be coordinated with the movement in order to direct the power so that it can reach both hands and feet for quick responses, whether its for defense or attack. Su Wenbin, president of China Original Gong Li Boxing Research Association, and Lü Zhenzhong, the vice-president of the Association are currently the most senior practitioners of the art.

Normally the postures are taught first in conjunction with coordination of breath and movement, developing firm and strong stances. This is followed by kicking routines to develop agility. There are a couple of fist routines called Gong Li Hua Quan, and Jin Zhuang Chui, plus a number of two person routines such as Dui Da Wu Hu Chui and Dui Da Xiao Chui. Broadsword, spear and straight sword are the practiced weapons. It differs to Baji Quan in that it uses higher kicking and is far more open with its movements, but one can certainly see how they can compliment one another both on an internal and external level.

Sometimes Gong Li Quan is confused with the singular form of the same name which is found within the Tang Lang curriculum of some schools and Shaolin schools. It is often paired with Tan Tui. However, as an art, Gong Li Quan is far deeper than these singular forms would suggest. How much of it is integral to the Baji Zhandao system remains to be seen, but Master Chen does categorically site it as a significant influence. Some of our basic strength drills evidently come from this art. 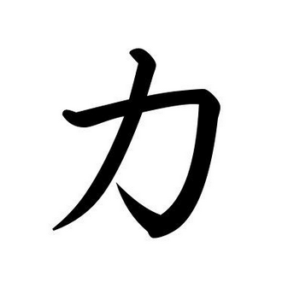 The symbol for strength in Chinese, the epitome of Gong Li training.