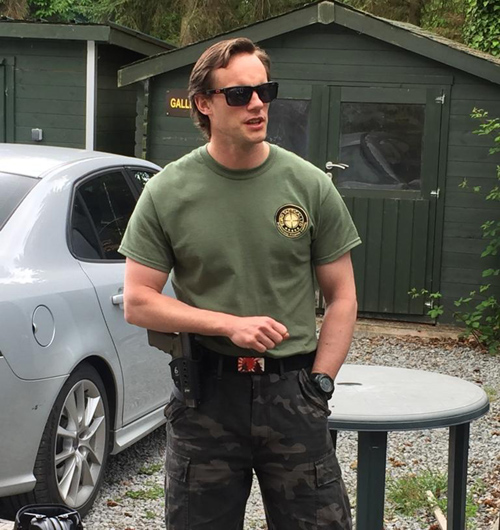 has been training in Martial Arts since he was 7 years old. He began training in the Bujinkan in 2003, under Robert Maynard, who consequently introduced him to Shihan David Heald, Sandy Marwick and Norman Smithers. In 2009 he attended a Seminar by Dr. Kacem Zoughari which changed his perspective on training. As a result he now tries to train with Kacem’s teacher, Ishizuka Sensei, whenever he visits Japan, as well as Soke Masaaki Hatsumi. He was awarded his Godan by Masaaki Hatsumi in 2013. To find out more visit: www.NinjutsuLondon.com for Monday and Wednesday night classes in the park.

Fane also travelled and lived in both China and Russia for a number of years. In China, in 2007 he was made the most senior disciple to Grandmaster Chen Fu Sheng, Founder of the Baji Zhan Dao System of Kung fu, which includes Baji Quan, Piqua Zhang, Taiji Quan, Bagua Zhang, Xingyi Quan, Tong Bei Quan, & various methods of Nei Gong. He would regularly travel back to China to see Master Chen, as well as other high level kung fu masters across the country. In 2016, Master Chen awarded him the rank of 6th Black Sash in the Baji Zhandao system, making him the most senior practitioner other than Master Chen himself. Then in March 2022, Master Chen sadly passed away with the express instruction that Fane, with the help of the other international disciples, would now be responsible for the Baji Zhandao system.

In 2012, Fane visited Russia where he was able to train in Systema for 3 months with Mikhail Ryabko and his top students. Fane has been a student of Systema since 2004. 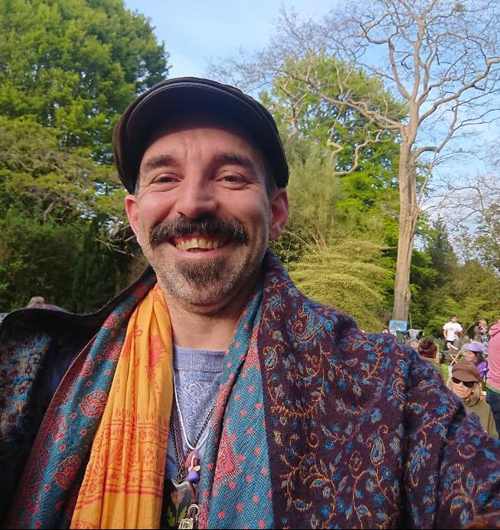 has been training in Ninjutsu since 1994. He began training in the Genbukan style of Ninjutsu, before transferring to the Bujinkan in 2000, under Robert Maynard, who consequently introduced him to Shihan David Heald and Shihan Norman Smithers. He has travelled to Japan to train under Soke Masaaki Hatsumi and Shirashi Sensei, amoung other Japanese Shihan. He has also attended numerous seminars with Shihan James Morganelli, Shihan Arnaud Coursegue, Shihan Pedro Fleitas and has trained under Tomoko Morganelli in Makko Ho. As well as Baji Zhandao, Dermot also teachers ninjutsu in the park on Wednesday evenings. For further information visit: Ninjutsu London

Dermot has also trained under Fane Hervey in Baji Zhandao Kung fu, and traditional Baji Quan Kung fu, for close to 10 years, and has been recently awarded instructor status in that system as well, after traveling to China, and becoming a disciple of Master Chen Fu Sheng in 2016.

Dermot has now moved to Glastonbury and set up his own school there outside of London. For more information please go to https://www.facebook.com/kungfuglastonbury/ 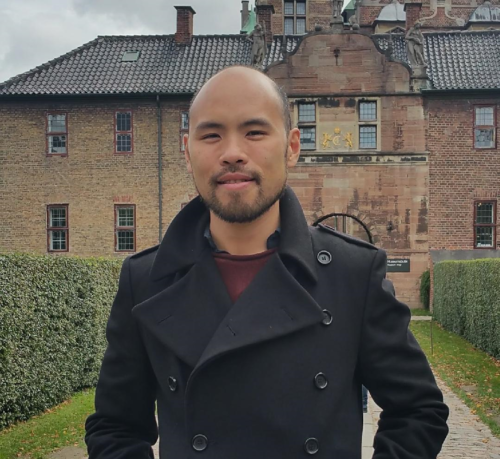 Joe first began his journey into martial arts in 2010 when he began training hard in Urban Krav Maga, which he continued on a regular basis for 2 years. Whilst he enjoyed the workout it gave him and he felt that the techniques he was learning were effective, he found that it was breaking down his body and sessions would often result in injury.

Whilst trying to rehabilitate various aches and pains he had accumulated from the Krav Maga, he came across Baji Zhandao Kung Fu. He immediately appreciated the similarities between the two systems with their simple and practical applications, but the more refined movements of Baji Zhandao and the regular sessions of Qi gong meditation left Joe feeling stronger & healthier, rather than broken and forever sore.

After training exclusively in the Baji Zhandao system for 2 years, Fane suggested he try Bujinkan Budo Taijutsu as well. Hence Joe has now been training in both Chinese Kung fu and Classical Japanese martial arts since 2014 and has acquitted himself well. He is one of the few students to do this successfully.

He has traveled to both Japan and China. On his second trip to China, Joe was awarded his red sash, which is the mark of a Junior instructor, and he now teaches a beginners Saturday class in Battersea Park throughout the year. In 2021 Joe was also awarded his Shodan (1st black belt) in Bujinkan Budo Taijutsu.


Start training with us Join now